Jeff Glor is the Best Dressed Anchorman of the Morning News

Each morning when I wake up one of the first things I do is turn on the TV for the morning news. I’m not partial to any specific program; however, when it comes to picking out the award for the most dapper anchorman of the morning news, I’d have to give it to Jeff Glor of the CBS Early Show.  Here are my reasons why:

Zac Efron is like Chanel. His heart is timeless. 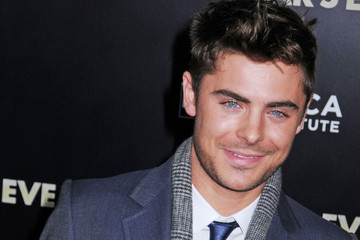 And you know what other quality never goes out of style?  Generosity.  Yes,  my  our favorite dapper fellow has done a charitable duty for the universe, a.k.a. tweenkind.  According to the San Luis Obispo Tribune, Zac Efron donated his old clothes to homeless and disadvantaged teens of the Children’s Resource Network of the Central Coast.  Apparently he dropped off more than 300 articles of clothing on the day before Thanksgiving.  How did this fall off my radar?  The clothes will have special tags to indicate the special person that previously owned them.

Is that a Banana in your pants or are you just excited for the holidays?

I recently saw Banana Republic’s ad for their 2011 Holiday campaign in the latest issue of Details.  I’m loving all the warm colors captured by the photographer, Carter Smith.  Here are my initial thoughts:

1.  Would the following models, Andrew Cooper, Martin Low, and Tom Bull, please report to the hallway under the mistletoe?

2.  I guess there are just no more excuses for looking like crap during a blizzard.

3.  Someone remind me to coordinate my outfits with all the wrapping paper I use this year for presents.

4.  I just gotta get my hands on that spotted bow tie.

5.  In case I forgot, have a very merry hipster plaid Christmas and a scruffy holiday! 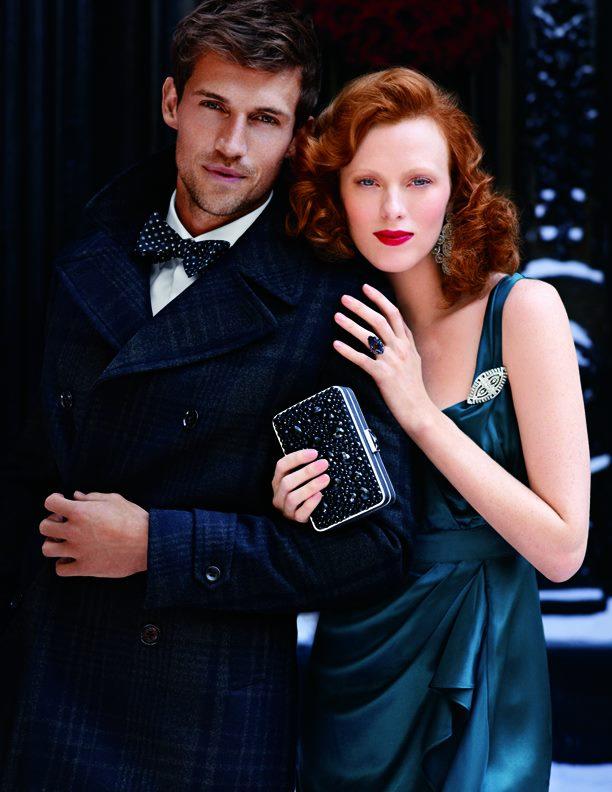 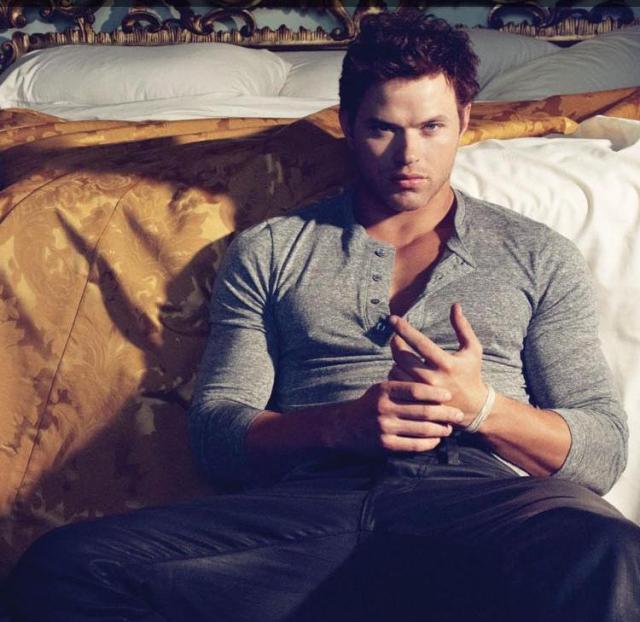 …And speaking of Kellan Lutz, he will be arriving tomorrow in San Diego to promote his clothing line Abbot & Main at the Nordstrom in Fashion Valley.  When is Zefron going to come out with his own line of jeans or cologne?  I’d totally rock that scent all over my body.  I would imagine it to smell like barely legal teen spirit, sweaty wife beater, ginger, and sex.  Gosh I love Zac Efron.  Anyways, I like the new direction that Lutz is taking.  Now that the Twilight franchise is coming to a near end, hopefully this fairly new avenue will grant him immortal staying power in the media.  You’d think he’d come out with some kind of fitness product since he’s known for his killer body.  Check out these cool street wear looks.  Would you rock them?  If you don’t live near a Nordstrom, the good news is that the Abbot & Main website will be debuting their online store soon.

Top three reasons why Abbot & Main is so this season:

1. Kellan partnered with Danny Guez, the founder of the denim company Dylan George.

3. Henleys rock. Straight guys, a simple fitted henley shirt and some jeans will make the ladies rave about you.  Just because you look good, doesn’t mean you look gay.  Nothing is better than a masculine man who can pull off a really stylish look.  Trust. 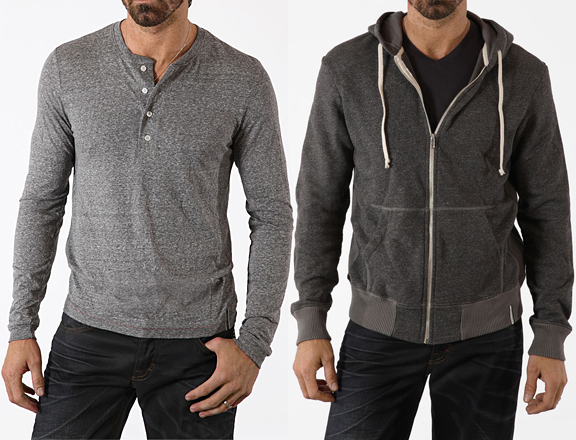 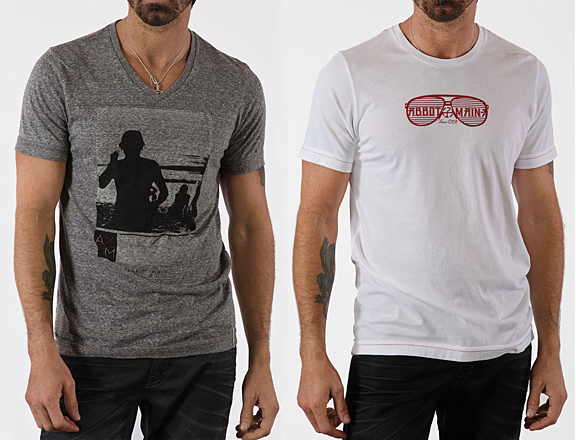 When it comes to accessories, I normally don’t indulge unless it’s something unique and not overly ostentatious.  I despise it when men wear something so over the top it distracts from their masculine mystique.  In my case, I need all the testosterroni I could get my mouth on!   Thus, I normally stick to just a watch and my hair.  However, this ring I got at Aldo a couple weeks ago was just too sick to pass up on.  I’ve been toting it around as if it were a secret new installment of the Hunger Games series.

Confession: When I rock it I feel like a sexy greek god from the Immortals.  They should really come out with an accessories line for men named after that movie.

And here’s how it would play out in WeHo:

Lean Guy with a Blackberry: Hey, where’d you get that belt?

Me: (Insert store here).  It’s their newest piece from their Immortals line and I’m going commando.

Lean Guy with a Blackberry:  Nice.

I’m in the middle of working on a ten page paper on multicultural American literature and taking a break to eat a red velvet whoopie pie. 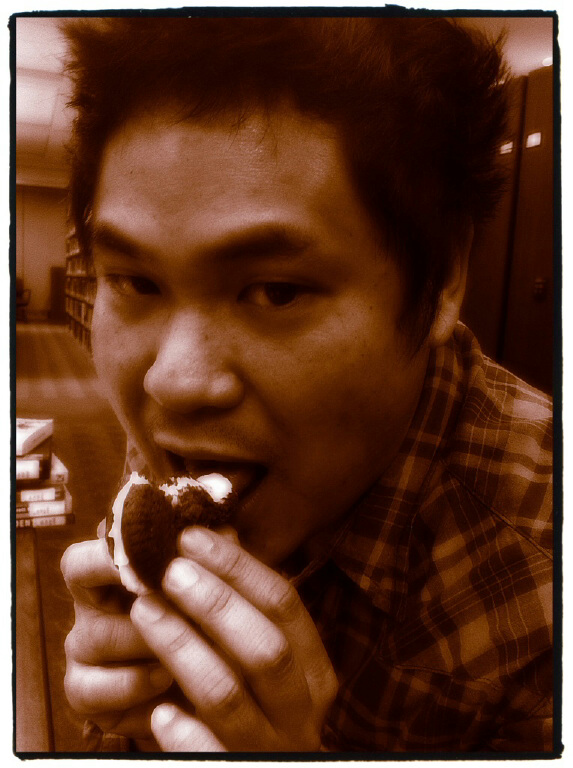 If you’re in SoCal, stay dry!  It’s raining like cats and dogs out here. 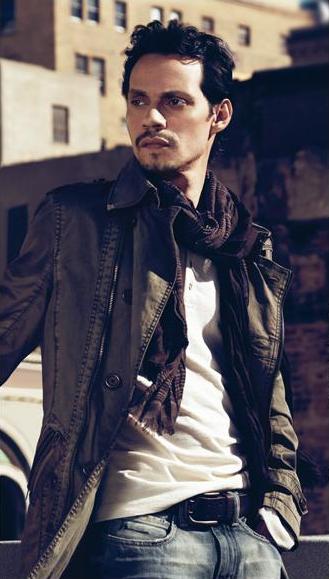 Ok, well maybe the headline is too much of a blanket statement, but I’m speaking for other dudes out there that have an ass.  Over the weekend, I made it a point to hunt for some new pants, specifically some new skinny jeans.   I must have tried on 5 pairs of Levi’s skinny jeans, and none would go past my bubble butt.   But how could this be?   At H&M, I’m a size 30 (and you KNOW their sizes tend to run a little smaller).   The American made Levi’s 511 skinny jeans (SIZE 32) would not even go past my ethnic bedunk!  WTF?   If I went a size higher, it would just look wrong on all accounts.  Imagine a farmer with a baggy ass and skinny legs.  So this is why I haven’t blogged in awhile, I’ve been on a secret mission to find a new pair of some baby blues.  Haha, just kidding, the real reason is that work and grad school got the best of me the past couple of weeks.    Luckily, I happen to find myself at a Kohl’s and stumbled onto Mark Anthony’s clothing line at Kohl’s.   To be honest, the clothes don’t really stand out to me (just because they are basic looks that are available pretty much anywhere), but you can tell the fabric is high quality and durable, which is probably why the original retail price is pretty steep.  With curiosity getting the better of me, I grabbed a few pairs of jeans from his collection and tried them on.  Survey says:  Wow, perfect fit.  Who would have thought?   I’m taking the liberty of leaving out any jokes/associations you are probably all making in your head right now as you read this with regard to J. Lo’s well known booty and her former connection to Anthony, and the influence she may have had on the design.  That being said, if you’re looking for a slim pair of pantalones, but your derrière is a little bit more pronounced, then Mark Anthony’s jean collection at Kohl’s is a sound investment to cover your assets.

My own pics to come soon everyone (I’m camera shopping).

Not the most stellar photo of me, but I wanted to share with you all what my costume was for Halloween this year. Here’s a picture of how I Dreamwork’d it last night!

I spray painted my black chucks and an $11 Disney Princess toy fishing pole!  Making the cloud was so hard.  Props to my very good friend Anabel who made the moon for me.

I love it when fashion lends itself to being part of a global solution.  Threadless’ “Good Shirts” line (designed by Justin and Christine Gignac) is raising money for Unicef.  Each shirt has a unique design and helps support the purchase of different things from measles vaccines and food, to basic family water kits.

Our friends across the pond at Coggles have some new arrivals.  I did some “edits” (I love when Rachel Zoe says this on her show) and here are my pulls.  A lot of these items can be paired together for a refreshing hip look.  I include the name of the brand and the name of the article of clothing so you can look them up.

There seems to be a trend going on with celebrity men and their charcoal gray suits.  Checkout Zac leaving The Box in London last Friday night as he celebrated his 24th birthday.  He’s been MIA and keeping a low profile this year.  Seriously, this is the first time in awhile we’ve seen him all dressed up.  Hopefully hibernation time is almost over.  The red carpet has a void to fill.  With three movies slated to come out next year, we’ll definitely see more of this dapper fellow donning on a suit for premieres.  Until then, we’ll just have to settle with seeing him out and about in what seems to be his favorite brand of WeSC jeans.  But let’s be honest here.  Whether he’s dressed up to the nines or rocking street wear, he has swagger no matter what.

Mark Consuelos: The Reason for My Monday Morning Blues

On last night’s episode of Bravo TV’s What What Happens Live, the ever striking gentleman that is Mark Consuelos was a guest (along with stunning wife Kelly Ripa).  I woke up this morning with the usual “Monday Morning Blues” and I realized it was because I can’t seem to figure out who he was wearing! He looked so dapper in his duds last night. Can anybody break down his outfit by designer for me? I love the pop of color and pattern on his red shirt balanced with the solid navy tie against the gray jacket. Guys, it’s time to invest in a plain silver tie bar and put away your skinny ties. Look how polished it looks? The mix and match of his outfit allow him to have a hip look without the feeling of a constricting two piece suit. Nothing is hotter than when a masculine man knows how to dress. Trust. I mean, look at Mark Conseulos…

Checkout Creative Recreation’s own spin on the traditional boating shoe. Freedom to express yourself and not feel confined in your outfit is a step in the right direction, and these shoes are no exception. They’ve taken the hot ticket item of the season and given them their own signature look.   Checkout these looks from their Capri line.   Originality is so dapper.

Bonobos and their Fight Against Hunger

Hey Fellows, if you haven’t already done so, start following @Bonobos on Twitter.  They give you a great coupon code for $20 off any order of $100 or more before October 31st.  You’ve seen the ads, with the guy’s nice ass in those khaki pants?  Seriously, their pants make your ass look really awesome.  And according to the last issue of Details, “Ass is the new Abs.”  Make a wise investment to show off your bedunk.  They have all kinds of men’s clothing as well so hurry your ass up and take advtange of their awesome deal.  Did I mention they’ve teamed up with FEED Projects?  For every FEED 2 pant and bag sold, Bonobos together with FEED Projects will provide a year’s supply of food for two school children in need through the UN’s World Food Programme.  A worthy cause for your worthy ass.  Such a win-win situation.  Ass-1.  Hunger-0.

Here are my pulls from their latest collection

Lately, I’ve been a little more than obsessed with that classic tailored American look. Don’t get me wrong. As a smaller guy, I’m more inclined to wear clothes by our European and Japanese counterparts, but lately there’s something that’s been pulling me to appreciate the fine threads of our American fellows. I think there’s been a resurgence of the Kennedy era. Ralph Lauren’s Fall 2011 Look Book is a blend of the modern hipster and yesterday’s PanAm pilot. Check out this dapper fellow.  Click here to be brought to RL’s Fall’ 11 Look Book.  :-)